What was behind the ‘Frozen Chosen’ Team in the Friars’ Briar 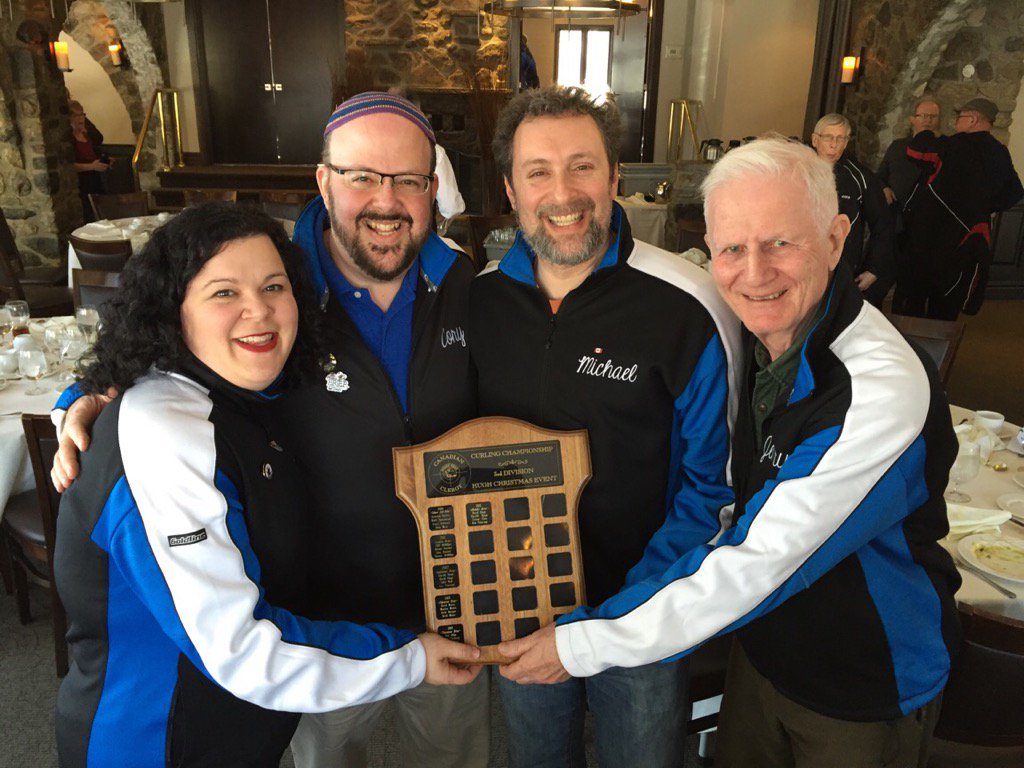 A little known story this year was a team entry to the 2016 Friars’ Briar held in Ottawa.  Known as the ‘Frozen Chosen‘ the team was composed of three Rabbis and one Cantor coming from Ontario.

Rabbi Cory Weiss of Temple Har Zion in Toronto, Rabbi Michael Dolgin of Temple Sinai in Toronto, Temple Sinai Cantor Katie Oringel and Rabbi Jerry Steinberg of Temple B’Nai Shalom v’Tikvah in Ajax, Ont. came to the Friars’ Briar in Ottawa to do their best.  Wearing blue-black-and-white team jackets with a crest on the back identifying them as “the Frozen Chosen.” underneath, in smaller letters, in Hebrew, was a quote from Psalms 18:46: “Blessed is my Rock.”  Thus, the Frozen Chosen team has yet found another biblical reference to curling (using the term ‘rock’ as their signature!) – See the full Globe and Mail article here.

While their standing in the playoffs may have had something less to their hopes (they played and won the ‘recreational playoff’ series known as the Hugh Christmas Event of the Briar), their enthusiasm for the game of curling caught national attention.

So what is the FB to do with this development?  The traditional identification for the FB has been a catholic prior ‘on a rock’, with a league largely identified as protestant in nature! Now one has to entertain the notion that the emblem be ’embellished’ by the addition of a ‘yarmulke’ skull cap!  How far does one have to go to depict the concept of ‘ecumenism’?

Let it be known though, the Frozen Chosen has been a very welcome team contesting the annual Friars’ Briar bonspiel.  One hopes they encourage other faiths to join in a game emblematic of those of faith desiring to fulfill the Canadian dream of unity.  Remember, the birth of the Friars’ Briar was the founding notion “to promote fine fellowship and good curling on a national basis among clergy persons and their associates”.

To this we say, Shalom and Amen.